Hockey is big on our area. Especially Triple A hockey. You can tell when there’s a game on, since most of our downtown will be jammed with vehicles and all parking spots snatched up.

I was hired to shoot the local triple A hockey coach for our local lifestyle mag. They wanted a studio shot. Ugh.I had something else in mind.

Now, this guy did NOT want his pic taken.
When I called him up and scheduled his session, I assured him it would take maximum fifteen minutes.

My hope was, once he showed up at the studio, I could convince him to give me an addition fifteen, but back at the arena. I had a vision and I really wanted to create it.

He said yes. We jumped in our cars and booted out to the arena.

Here’s the area I had in mind at the arena. Got here five minutes ahead of the coach. 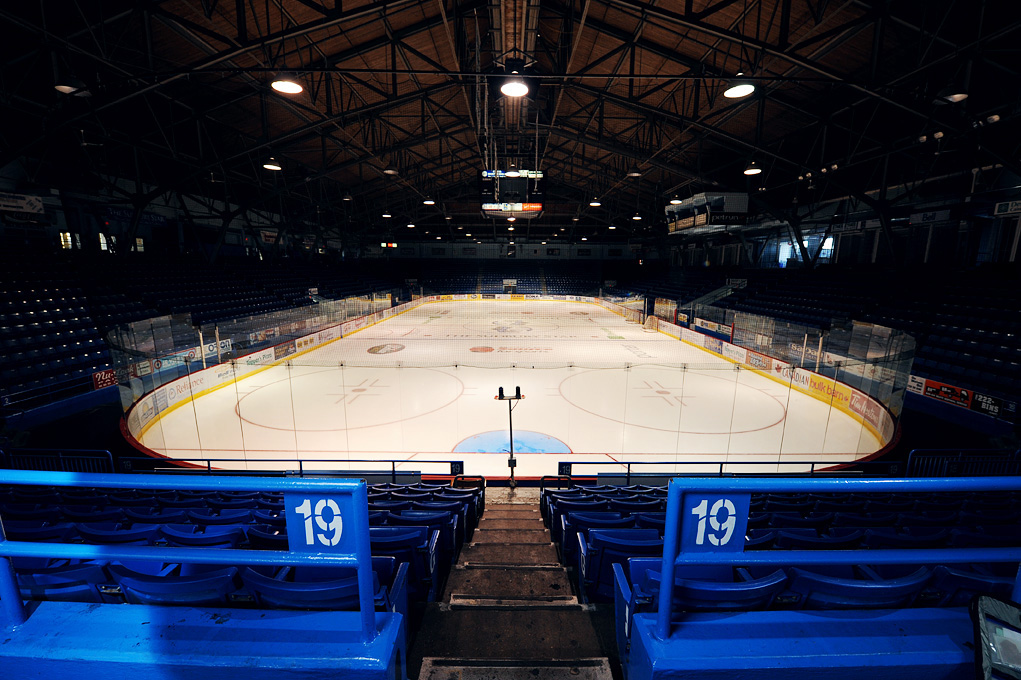 I had a small softbox to the left and a kicker light (Nikon SB800 on manual) to the right, on a stand, held by my trusted assistant. Here I am standing in for the coach:

Coach shows up, here’s a pull back shot showing the kicker to the right: 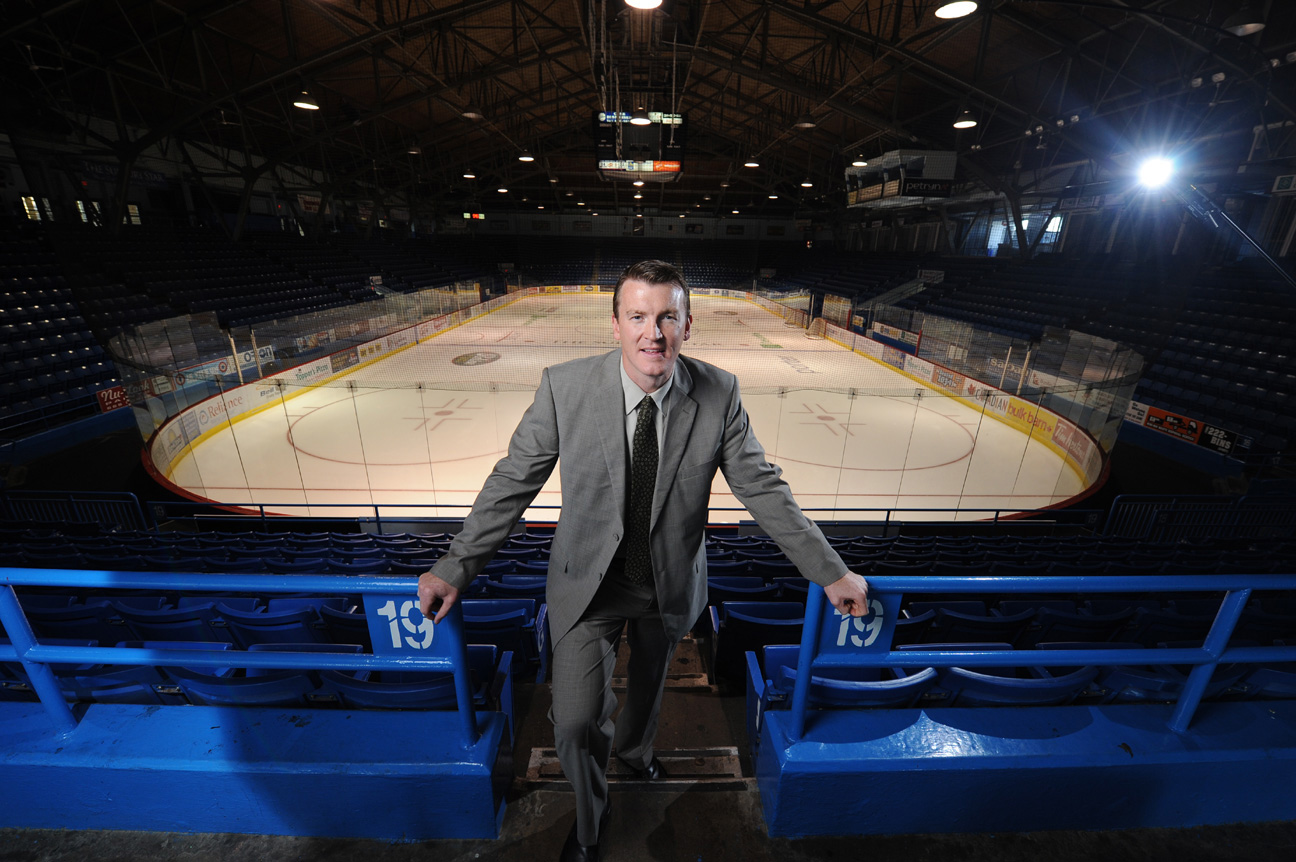 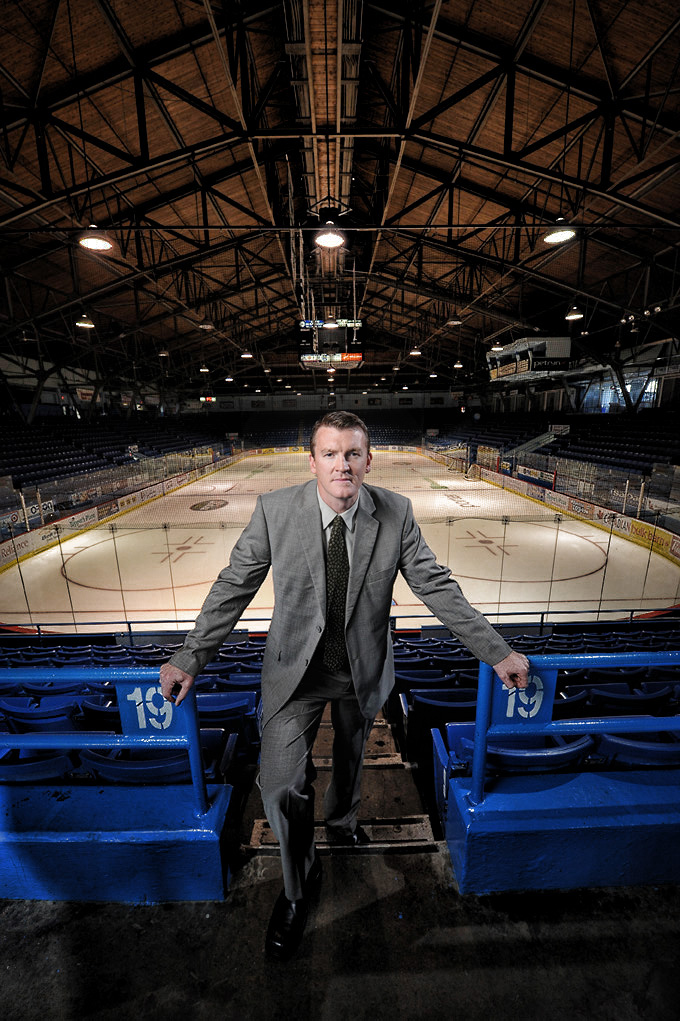 Final image used on the front cover. Sadly, they cropped it in a little too much for my taste. It lost some of the “grandeur” that the original image and vision contained. 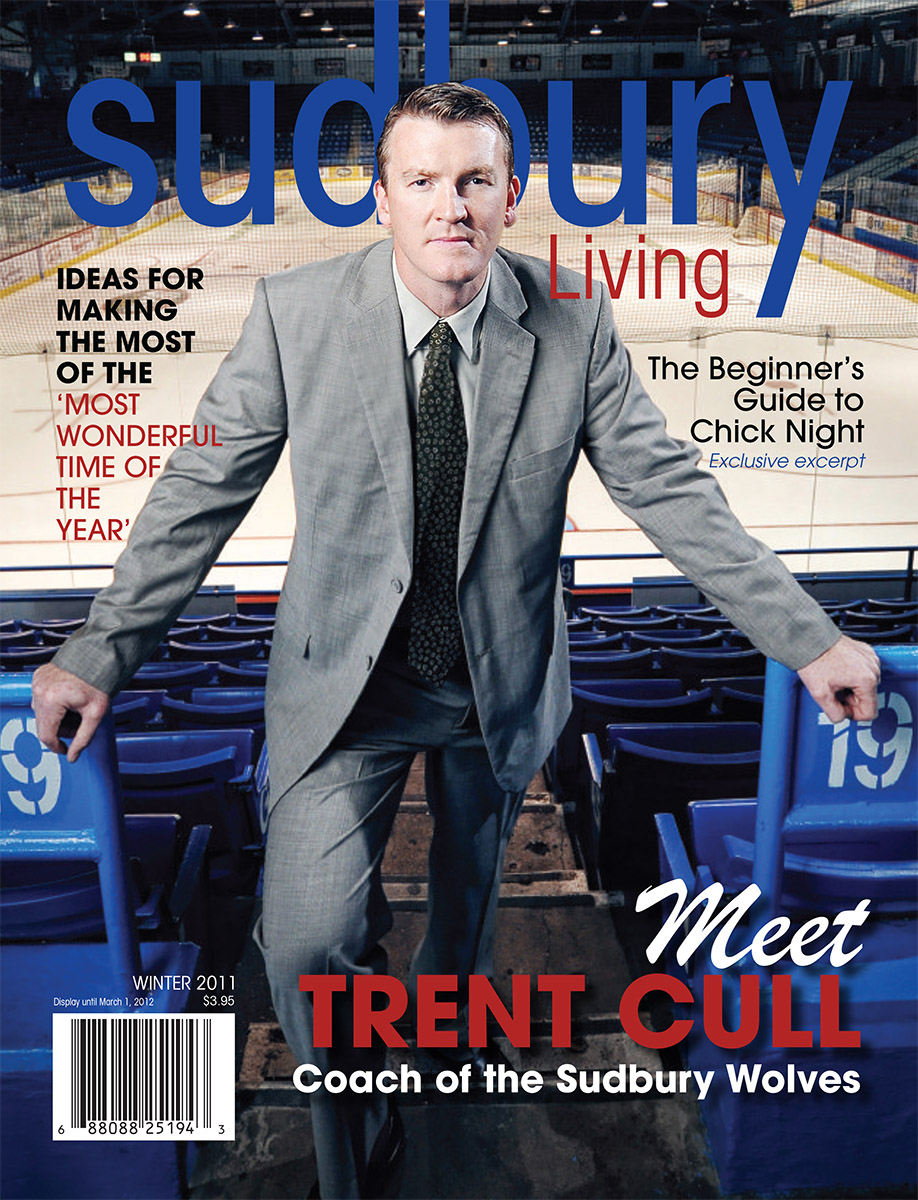